A Different Kind of Snow Day 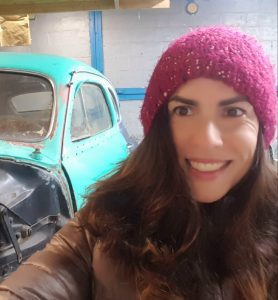 I recently sent an email to my staff about one of our students.  The student had been defying directions, and everyone was getting frustrated.  I held a meeting with the student and his mother, and we came up with a plan for a reset—mostly created by the student himself.  The ideas in the reset plan were his ideas.  In the meeting, the student took responsibility for himself and posed solutions to the problems he was creating.  In turn, we were able to offer support so he could keep to his word.

In my email to the staff about the student, I requested that the next day be an opportunity for a new start—and that we don’t hold the student’s past transgressions against him.  I said we were looking for “progress not perfection,” and to work with the new plan as a coaching tool for the student.

I hadn’t thought much about writing “progress not perfection,” but several staff members told me how helpful it was the next day.  It gave everyone permission to do their best, yet not strive for an impossible perfection that wasn’t yet going to happen.

It also showed me how a recent professional development session with author James Nottingham had changed my own perspective.  Nottingham presented this idea: that many times when students don’t initially succeed academically, we change everything we’re doing to “fix” the problem.  In doing so, we overlook that some students may actually be making progress, and that where we’re going may actually be working for them and shouldn’t be changed.  On the flip side, sometimes students are passing but not progressing—in which case, they may need a new challenge.

After my students took January state Regents exams, I had created charts measuring how many students passed and failed.  Some of the results were quite discouraging—passing rates were low in some subjects.

However, after hearing Nottingham, I spent a few hours looking at the scores with a new lens: I looked at each’s students previous exam score and measured it against their January score.  I was surprised to see that the vast majority of students had made progress, and in most cases, significant progress.  For example, one student who had failed both exams in January had nevertheless increased her scores by over 20 percentage points—not insignificant at all.  We had initially been thinking that a dramatic change was necessary for this student, but after seeing her improvement, it became obvious that we should keep doing what we were doing, keep monitoring her progress, and that with more time and practice, she would pass her exams.

We were also able to see areas where students weren’t making progress and address those areas with more supervision and support.

The idea of measuring progress reminded me of the 1947 Chevy Fleetmaster in this picture, which my boyfriend Sathya is restoring as a project.  Every weld, every piece of rust that is removed, is progress.   Sathya sees the car as a mechanical piece of sculpture and a project that he’ll work on during weekends over months or even years, depending on how much time he can carve out.  He’s also learning as he goes: as new challenges arise, he watches videos, reads blogs, and talks to people in the car restoration community.   He’s making progress and also enjoying the process itself, and over time, the Chevy will become a beautiful, working vehicle.

Nottingham’s work was a gift to my school and to me.  In a school of English Language Learners like mine, it’s going to take some students longer to meet the finish line but the important thing is whether they’re making progress.