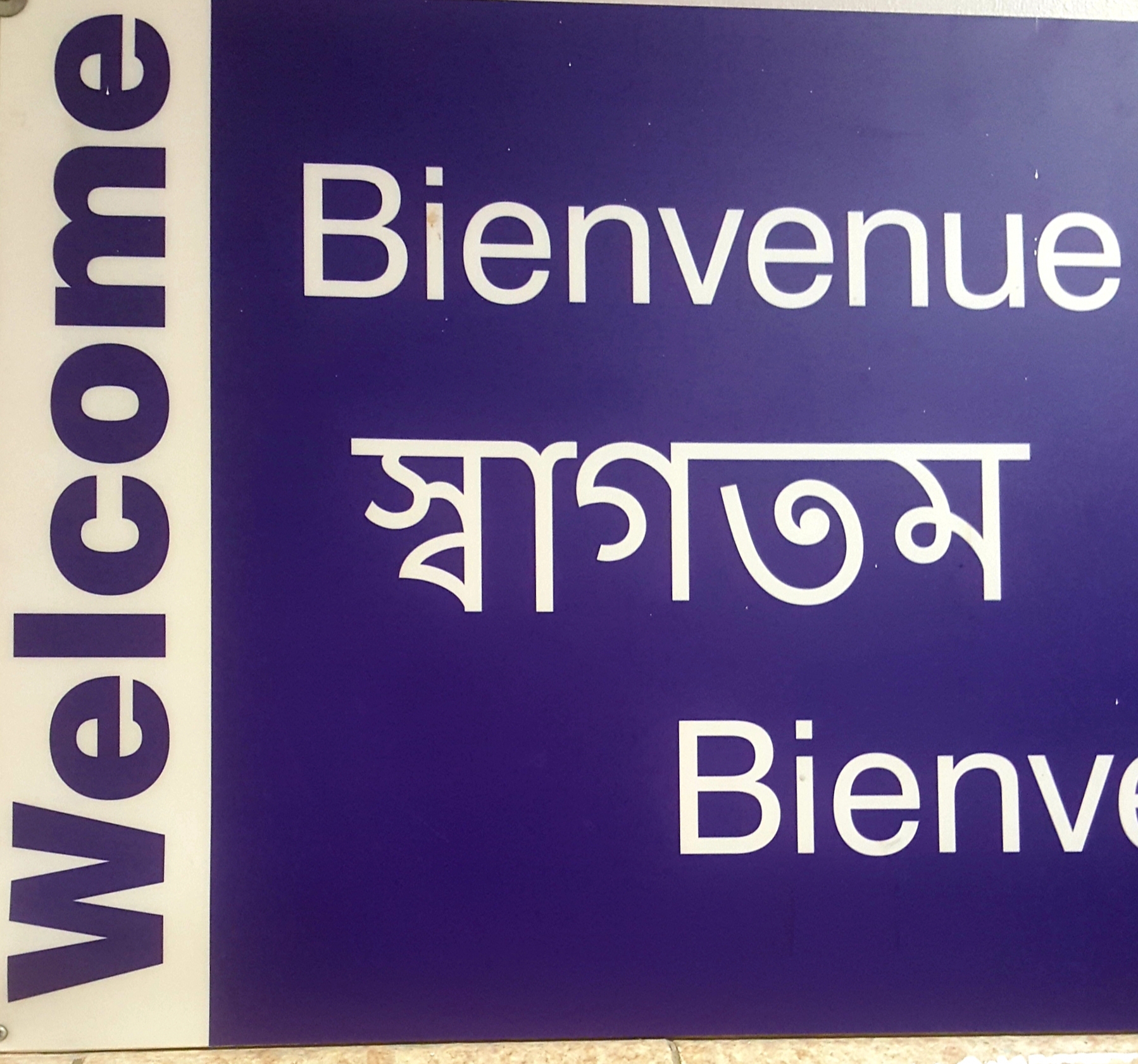 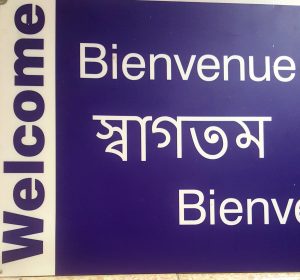 School offices are busy spaces.  A lot can be happening at once in a small space: computers humming, phones ringing, a parent visiting to get information or have a meeting, a student coming from a classroom where they’re struggling to behave, a visitor signing in, a teacher requesting copies or supplies, an administrator holding a meeting, a student arriving late or complaining of a headache.  Of course we have separate offices with different functions, but in a small school like ours on a busy day, it’s not uncommon for several of the above things to be happening at once.

Recently my assistant principal and I realized that it was time for an office makeover.  We had a few goals: one, we realized we needed a calm, separate, uncluttered space for students who are removed from classrooms due to behavioral issues.  We called the space a “Solutions Room,” where students could sit quietly at a table until they come up with a solution to their issue.  We also wanted to create a more welcoming space for parents.  Finally, we realized that people doing similar tasks should be in the same offices; as various people’s tasks had shifted over the past year, we saw we needed to move people to ensure they could collaborate with the right colleagues. 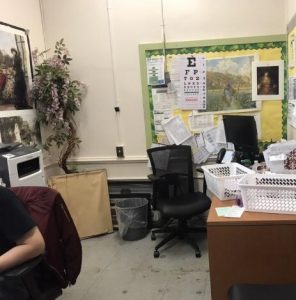 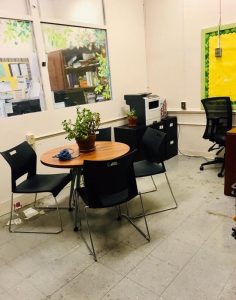 This past Saturday, my former colleague Jodi helped my assistant principal and I reconfigure some of our office spaces.  Jodi is an instructional coach and early-childhood specialist from District 75, a district in New York City that encompasses all 5 boroughs and serves Special Education students.  Besides Jodi’s instructional expertise, she also specializes in re-arranging spaces to maximize productivity and create a positive climate for work and learning.  We also hired our technology coordinator and a moving company to ensure things went smoothly. 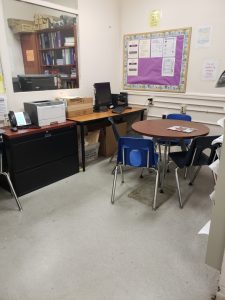 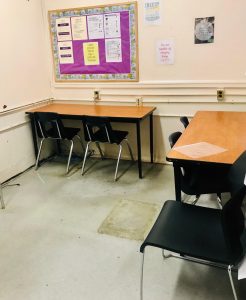 As we walked through the various office spaces, we saw how inadvertently, furniture arrangement was helping or hindering our goals.  For example, while a round table is great for collaboration, it wasn’t the best piece of furniture if we wanted students to sit quietly and calm down.  On the other hand, we saw that our parent space was overtaken by desks and was in need of a round table for parents to engage in meetings.

In consolidating various staff members, we saw how we suddenly needed less furniture and technology: fewer printers, fewer paper shredders, fewer computers.  We also thought about how people moved and how to best arrange their surroundings: it was inspiring to see how moving a printer or file cabinet, or changing the angle of a desk, could suddenly open an inclusive space that welcomed others, or in other cases, eliminate visual clutter and increase focus.  In one office that included an inner and outer office, we even removed the door that separated the two areas.  Suddenly, the space felt airy, open, productive.

At the end of the day, not only did our offices feel new; we had created spaces that would maximize each person’s potential, and even better, their experience and enjoyment of work.